Tibbalds CampbellReith were appointed by Homes England to provide consultancy and contract administration services to de-risk and open up the 9ha site for development and support the development of an Outline Masterplan and submission of an Outline Planning Application for 200 residential dwellings.

The site is predominantly covered in dense vegetation but also contains various constraints such as two Locally Listed buildings, a concrete covered reservoir and a series of adits that traverse the site associated with operation of the former pumping station building.

The Team reviewed various documentation in order to advise Homes England on where there may be information not provided that could result in a commercial risk and impact on the delivery of the project..
A Technical Due Diligence report was produced to collate the key findings and recommendations of the peer assessment that allowed Homes England to amend the planning documents accordingly.
Following this initial assessment of the information provided, the Team were asked to progress discussions with various statutory consultees such as Coventry City Council, Environment Agency and Severn Trent Water to achieve approvals for the proposed site enabling works.. Furthermore, the pre-application responses from the Planning Authority were reviewed and responses were provided to assist Homes England in addressing any initial concerns with the proposed works.

The Former Whitley Pumping Station was constructed in the late 1800’s and taken out of supply in 1998.  As part of the work done to de-risk the sites, CampbellReith developed a works contract to demolish the reservoir and decommission the 42m deep well, underlying 33m deep borehole and 270m long adit system extending from the well at 18m below existing ground level.  CampbellReith managed all stages of the work contract from preparation of specifications, assessing tenders, drafting contract documents (NEC3 Engineering Construction Contract Option A), Contractor appointment, contract administration and the provision of CDM services including fulfilling the role of Principal Designer). 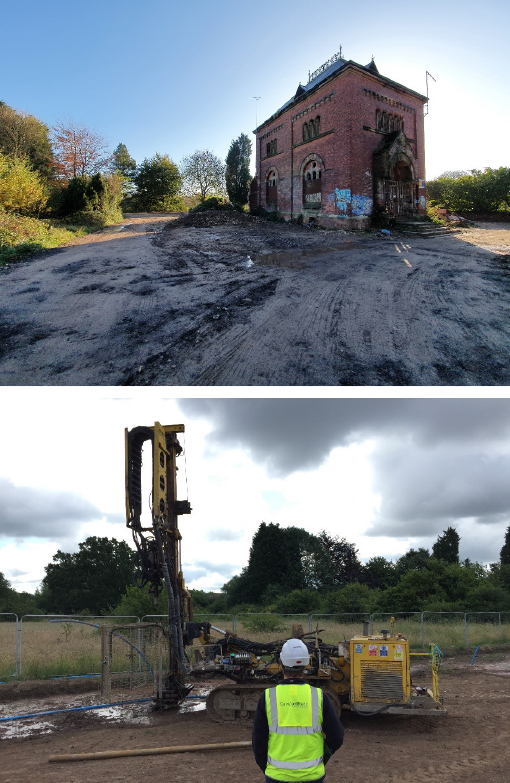