The project has been led by key multidisciplinary team members Tibbalds, KSA, CampbellReith and CgMs.  Other team members include Matthew Lloyd Architects, Dally Henderson Landscape Architects and TGA M&E Engineers.  The team was procured by the London Borough of Camden through the HCA Panel.

The proposals for the Estate were developed with Matthew Lloyd Architects and secured planning permission in February 2013.

Update 2018: Development at the Bourne Estate is completed and occupied. 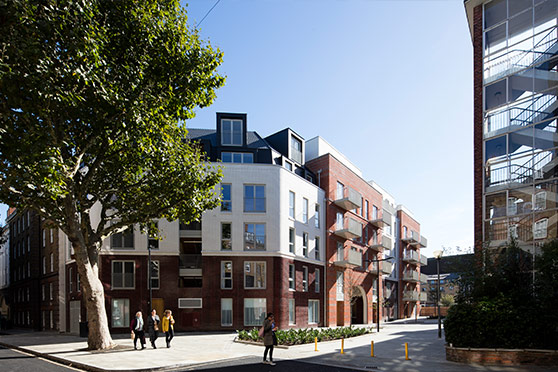